Sticky Fingers ( 1971 USA Atlantic Records Distributed By ATCO Rolling Stones Yellow Label )
Note :
This Is The First USA Label Variation Used 1971-73.
Sticker On Back Cover Of Record Club Of America.
Cover Printed In The USA By Packaging Corp.
Manufactured Under License Issued By Atlantic Recording Corporation To Record Club Of America, Inc.
Record Club of America Was Based In York, Pennsylvania, And Operated From The Late '60s To The Mid-'70s.
It Was Basically A Discount Mail-Order Record Retailer And It Wasn't Affiliated With Any Label, But Offered Everything That Was In The  Schwann Record Catalog. Sorce Discogs
Side 1 PR Rolling Stones Records ST-RS-712189 B
Side 2 PR Rolling Stones Records ST-RS-712190 B
Handwritten 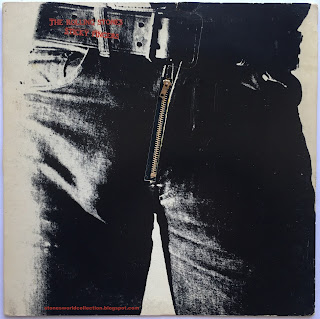 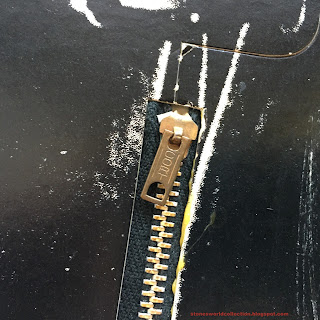 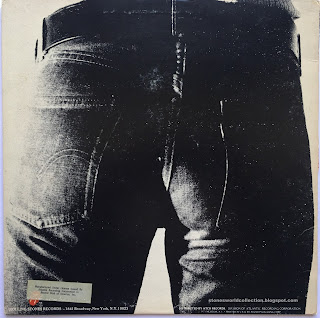 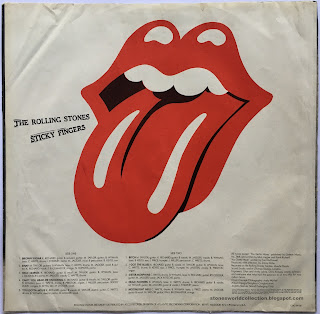 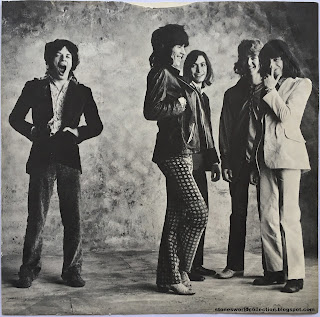 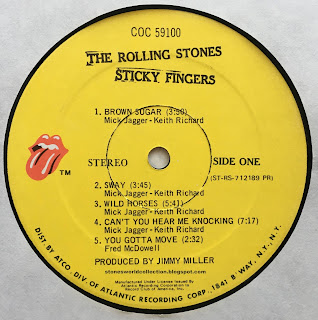 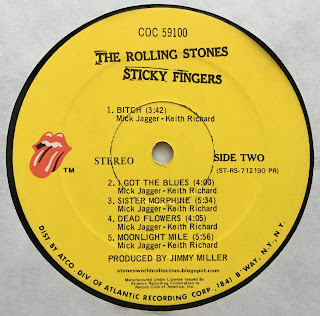 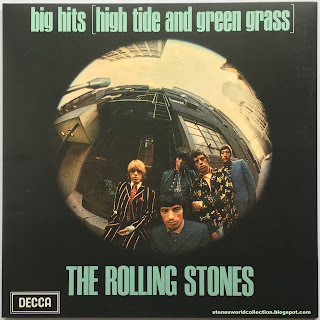 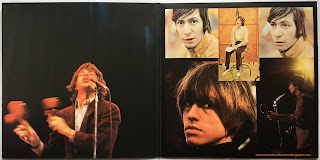 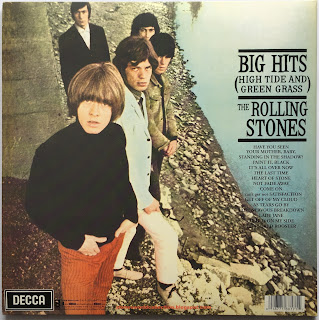 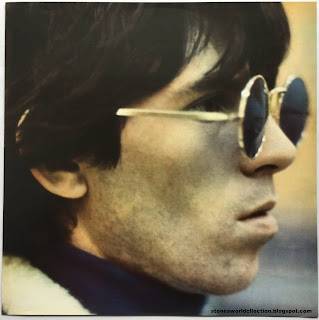 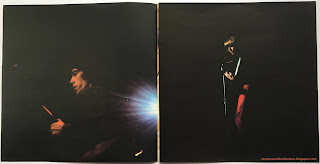 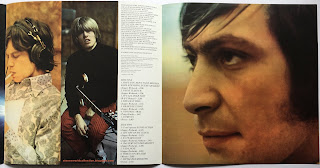 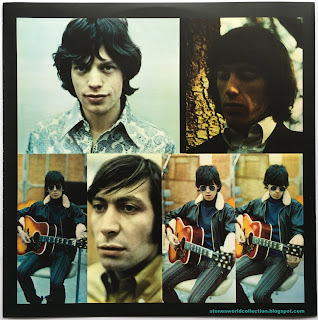 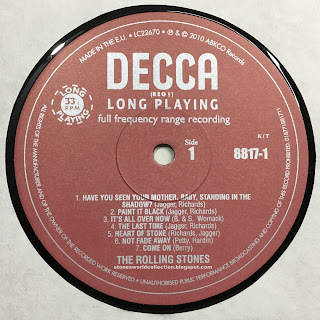 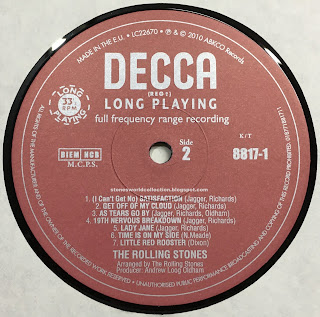 ROLLED GOLD THE VERY BEST OF THE ROLLING STONES 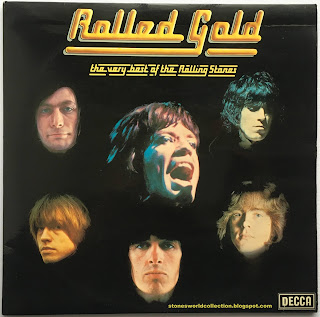 Note :
Nova Is Sublabel Of TELDEC Telefunken-Decca Schallplatten GmbH ( Records L.t.d. ).
Nova Recordings Was a Label, Mailorder, Distribution, And a Store-Based In Cologne, Germany, And Dedicated To All Forms Of Independent Music, Now Defunct 1999-2005.  Owned And Operated By Nikita Lavrinenko Of Yage.
German Guitarist Who Has Played The Yage Band.
Yage Was a Cologne, Germany Based Emo/Screamo/Hardcore Band Founded In Early 1998.
Discontinued in August 2004.
Also The Founder Of Nova Recordings.
Guide Decca Nova
In 1969, Decca launched a true progressive label called Nova, which lasted less than a year. The label released 23 albums with "Deram Nova" or "Decca Nova" imprints, and to add to the confusion, some of these came with a "Deram Nova" logo on the sleeve but a "Decca Nova" label.
Consequently, "Decca Nova" and "Deram Nova" are no separate labels, yet they are not related to the German "Nova" label, which -- even though also focusing on progressive rock and being a subsidiary of Decca (Teldec = Telefunken/Decca) -- was founded four years after Decca Nova/Deram Nova's demise, in 1974.
Very interesting site of Decca label.Source
http://www.cvinyl.com/labelguides-alpha.php
Side 1 K LPD-Ste-013640-X
Side 2 K LPD-Ste-013641-X
Manufactured In Germany
Printed Machine 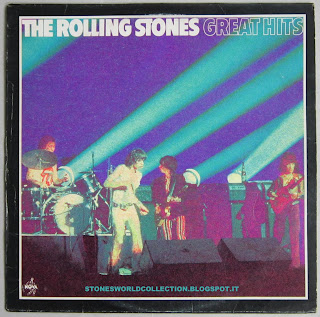 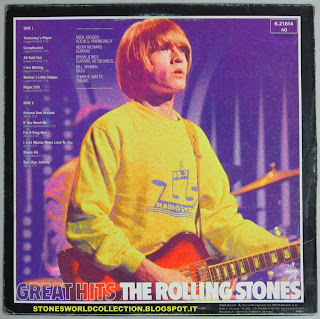 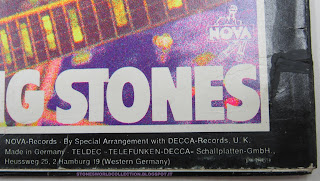 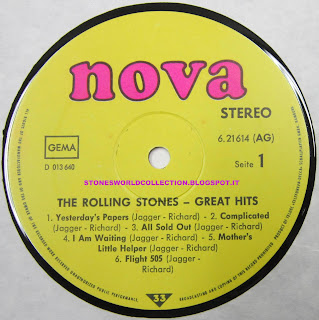 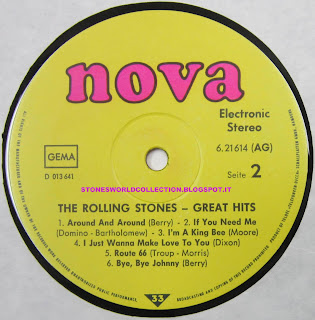 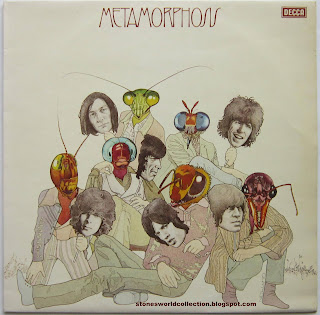 Email ThisBlogThis!Share to TwitterShare to FacebookShare to Pinterest
Metamorphosis ( 1975 USA Abkco Label Made In USA On Label )
Note:
Made In USA On Label. Credit For Copy Correct On Label Of Song  "Don't Know Why" Wonder, Hunter, Riser, Hardway, Instead On Back Cover Jagger/ Richards/ Taylor.
Credit Error For The Song " If You Let Me" Jagger-Richards Instead Chuck Berry.
Side 1 ANA-1A X BEST DFWK * 5-21-75
Side 2 ANA-1B   BEST DFWK ① 5-21-75
Handwritten 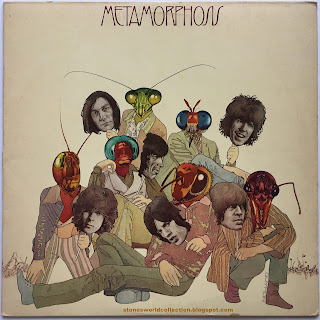 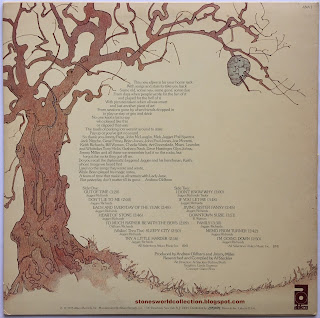 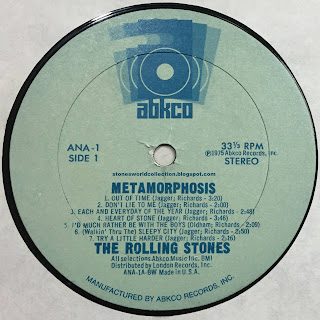 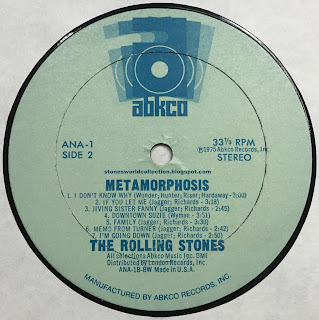 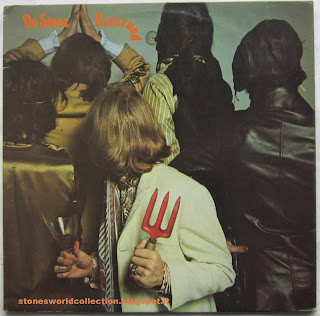